"I would like to express my immense pleasure with the unbeatable service provided to us by the team at Terasic led by Mr. Sean Peng and Ms. Teresa Wei. Together we have developed a complex, 20 layer circuit board that included three FPGAs (each with ~600 pins), DRAM, SRAM, flash memory, ethernet, USB, RS-232, etc. In may ways, it was a multi-processor PC motherboard that used FPGAs instead of microprocessors.

When we first contacted Terasic, we had completed the schematic for this board (we thought!), but the tremendous number of nets on the board combined with the high connection density forced us to seek a vendor to do the layout, and the FPGA prototype boards produced by Terasic led us to enquire there. Terasic provided this layout service and much, much more. They performed a thorough review of the schematic that resulted in a number of changes and enhancements. They did the parts procurement, but coupled with this suggested alternate components that were either less expensive or easier to procure, and incorporated these parts into our schematic / layout. They fabricated and loaded the PCB, and also designed and fabricated additional boards that were used to test our board. Finally, they developed code to test and validate the intrinsic design and also to identify manufacturing flaws.

In the end, we received circuit boards that passed all of the functional tests a mere six weeks after we sent the purchase order to Terasic. While this was less time than I had allocated for the first iteration of this design, the most significant savings came from the fact that we will not need to perform a second iteration, which I had also budgeted for. The extremely thorough checking performed by the Terasic team identified and corrected the design flaws that would have forced a second iteration, and so saved us many months and many thousands of dollars. 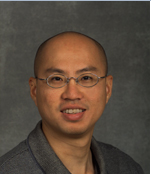 The OpenPET system consist of several complex electronics boards utilizing multiple FPGAs. We came into contact with Terasic when we were seeking a vendor to perform the layout of the boards. Terasic did much much more than just provided this layout service. They performed a thorough review of the schematics and identified design flaw that resulted in corrections and enhancements in the design. They did a superb job in fabricating the boards and in performing a thorough test of the fabricated boards. They were very accommodating to every modifications and requests we made. In addition, they went above and beyond what we requested and sometimes absorbing some of the costs. They were very professional and performed their work to meet our timeline. The quality of their work was excellent. I could feel that they worked very hard to make sure that the OpenPET system is a success story. I am very glad that Terasic are willing to support the OpenPET by making the electronics boards available to the users to purchase. Terasic has saved us time and money and we are very fortunate to have them as a partner. I hope we can continue to work with Terasic as we move forward with the OpenPET system as well as with other projects.